Urban Birding from Dublin to Stockholm

The great thing about birding is that you can do it almost anywhere and almost anytime. So far I have been birding casually as I go, while on walks, on trains, and by bike. Since I have spent most of my time in cities so far, I have ticked off most of the most common urban species found in Northern Europe. The Midlands of Ireland did afford some rural sightings, but most of the species listed below I encountered in urban parks and greenspaces, which I explored whenever there is an opportunity.

Some photographic highlights include the Magpies of Phoenix Park, Dublin (they are everywhere), Great Grey Heron on the streets of Amsterdam (see above), the White Stork in Volenpark, Amsterdam, and the Oyster Catcher in the pasture outside of Amsterdam. Oh yes and I must not leave out the noisy Eurasian Coots of Amsterdam’s canals. I watched these feisty birds collecting garbage for their nests on several occasions. Their young make the plaintive whiny noises as if begging for treats from their parents.

Coming to Europe opens up a whole new parallel universe of species that fill the similar ecological niches, especially in cities. I am very grateful for the staff at Portland Audubon for the copy of Birds of Europe they gave me as a going-away gift. It has been invaluable so far. 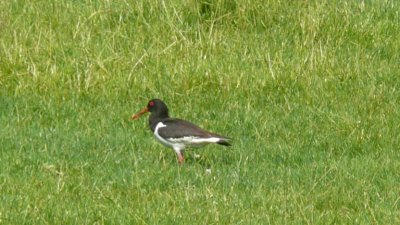 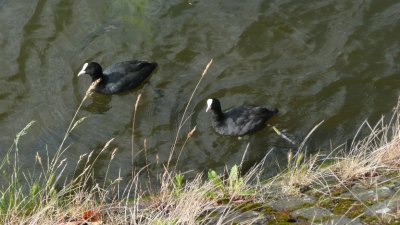 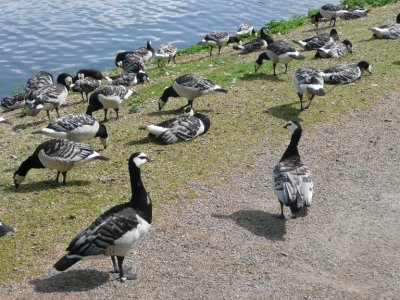 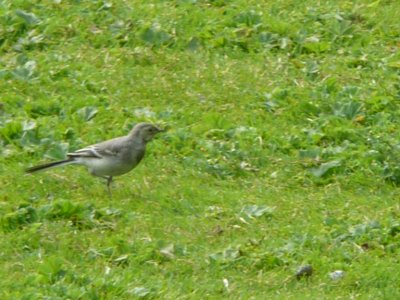 Welcome to my travel blog where I will attempt chronicle my travels in Europe and South America from July 1, 2009 to April 1, 2010.

In my desperate attempt to come up with a witty blog name, I satisfactorily settled on something Dutch that would remind me of home. Okay, okay let me just explain it so you can appreciate how clever I am (or not).

Netherlands will be home base while in Europe so something Dutch seemed fitting. As some of you know Mij is a cat that adopted me about thirteen years ago and who now rules the feline roost at my home in Portland. I have come to learn that the second entendre for her name (The 1st: "Mij" is Jim backwards) is the Dutch word for "me." "Blaag" is a Dutch term for a poor homeless child wandering the streets. Not exactly my situation, but there will be a measure of truth in this forlorn image when I want to dramatize my homesickness. So there we go: Mij Blaag. It will remain to see how much I make time for it. (It is hard to imagine spending too much time sitting in front of a screen recording everything I've done).

My initial feelings about this trip in general are ones of gratitude. Gratitude for all the people (some of you may be reading), relationships, opportunities, and circumstances that have allowed me to take this trip at this point in my life. I can't imagine embarking on this adventure if I didn't have such a wonderful home and community of family and friends in Portland. I am very fortune to be able to explore this amazing planet and its people and places. I want to keep that sense of gratitude in mind and heart as I go forth and deepen it along the way.

To catch you up, here's the short chronology of my travels since I left Portland on June 30th. After arriving in Dublin July 1, I traveled for 10 days with Celine Fitzmaurice in Ireland and spent 4 fabulous days with her in Amsterdam. Then I briefly visited Arnhem and Nijmegen in the eastern part of the Netherlands en route to Brussels. I was in Brussels for a week staying with Andrea Broadhaus who was house-sitting for a friend. She generously put me up for about a week (and inspired me to do this blog) while I finished up some work related stuff and prepare for the journey ahead. It was wonderful to have an inexpensive and beautiful place to get my feet on the ground, and in Brussels of all places! We explored the downtown, took day trips to Brugges and Ghent, explored a great neighborhood park and natural area, and danced some tango. I left Brussels on Friday July 24. Now I am in Stockholm after two days of beautiful train rides and not-so-great hostel stays.

Rather than go into more detail, I'll try to catch you up thematically in future posts. In the meantime below are some photos for your viewing pleasure. 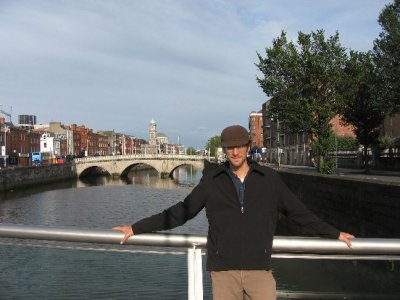 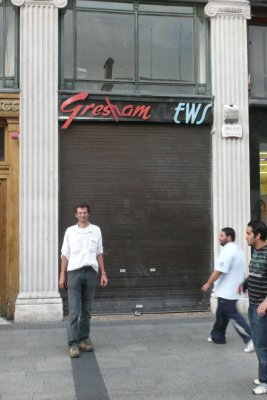 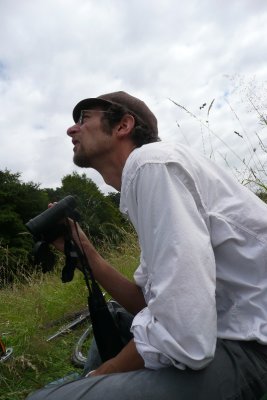 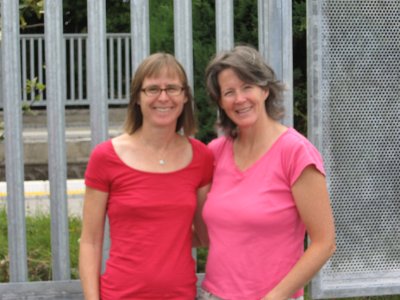 Celine and her friend Petria Malone in Banagher, Ireland. 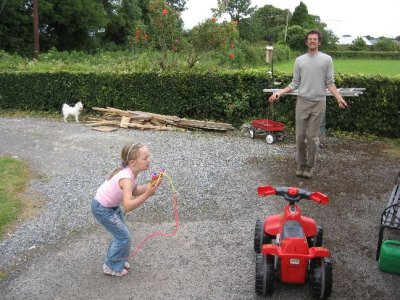 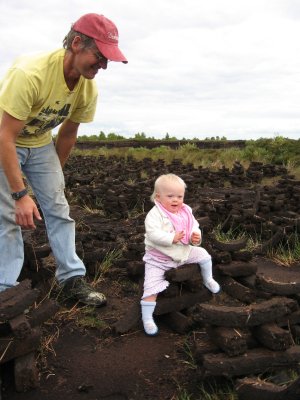 Leo and baby Ailis at the Malone-Family peat bog. 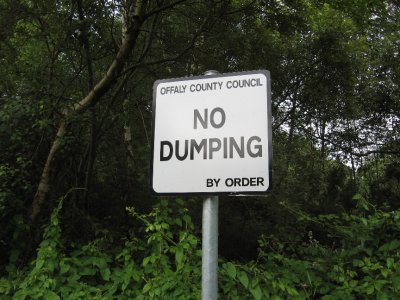 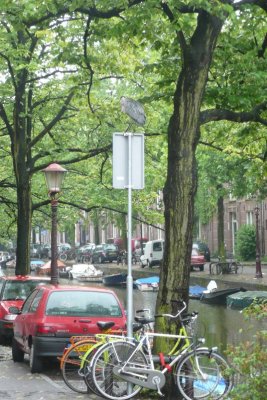 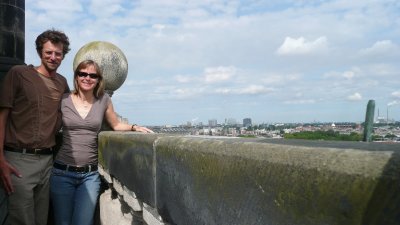 Jim and Celine atop Westerkerk 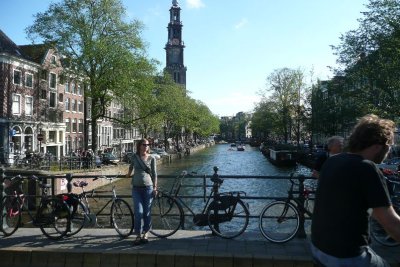 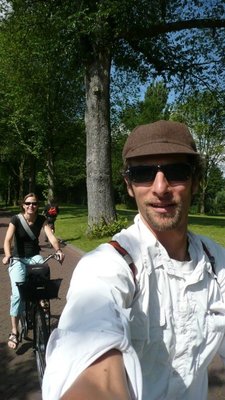 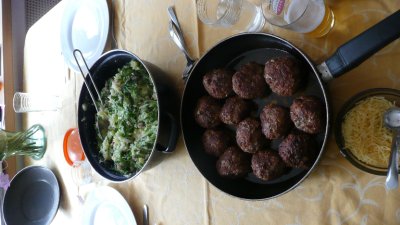 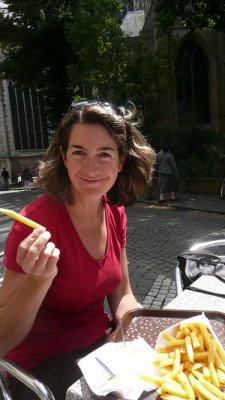 Andrea in Brugges with Fries. 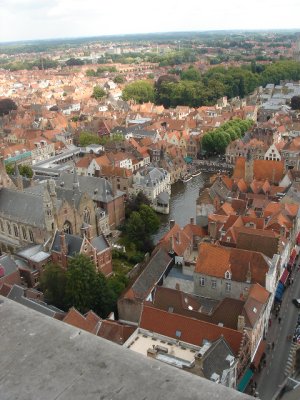 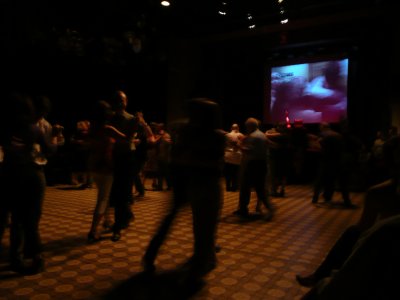 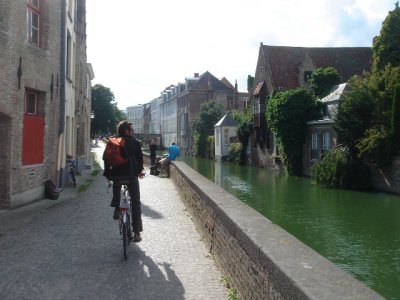