Integrating the built and natural streetscape in Nijmegen, Netherlands

In October when I arrived at my first rental place along Hatertseweg, City workers were tearing up the street a few blocks away. No big surprise really. The Dutch are always repairing, reconstructing, and most-the-time improving their public right-of-ways.

But this particular reconstruction job got my attention. The workers had constructed massive underground planter boxes between the street and the cycle path. 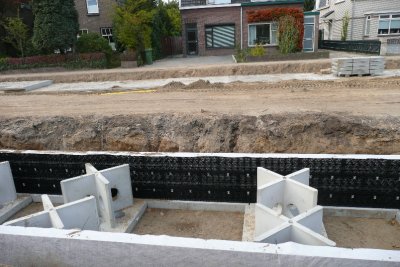 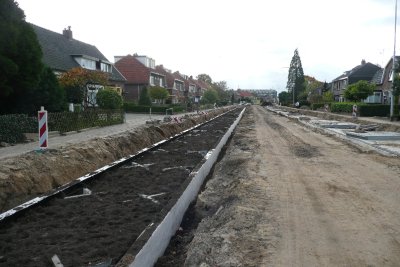 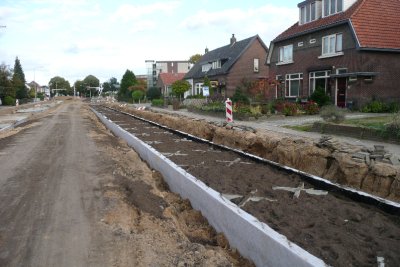 The wells were covered leaving an opening for a large tree... 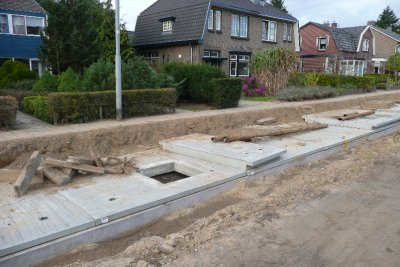 (Photos by Jim Labbe)
... which when I went back today were planted next to a new bright red cycle path. 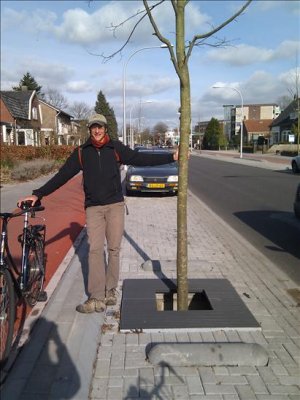 Apparently this road repair required removing some large trees and the construction of these tree wells was part of mitigating loss of the trees and the values they provide for neighbors, street users, and future generations.

Most of what makes the Netherlands such an affluent nation is its enormous wealth in public infrastructure (instead of cloistered in private spaces as in America) exemplified here in a creative street scape that more fully integrates the built and natural environment. I sure wish my , local municipality (City of Portland) and local Transportation Department (PBOT) demonstrated a similar commitment to creating urban streetscapes that worked for people, the varied ways people get around, and the natural environment.

Here is a photo of the project in June 2015, 5 years after planting. The trees are bigger, healthy and going strong. 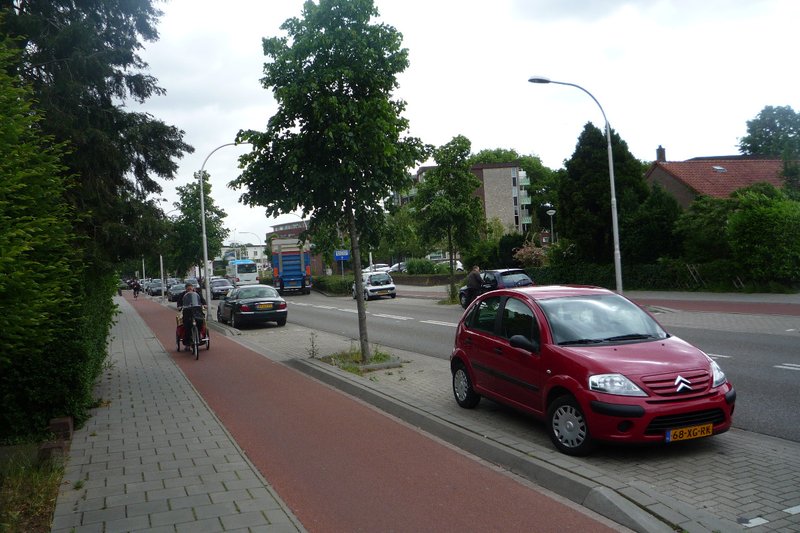 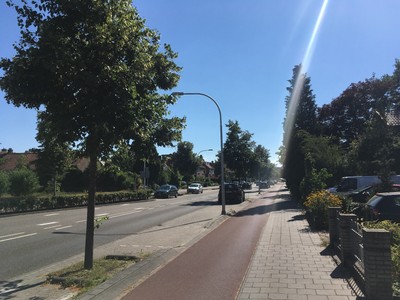 Posted by jim.labbe 09:35 Archived in Netherlands

Previous Next Table of contents

Fantastic documentation, Jim! This is an excellent example of planning that works, and a rare on-the-ground perspective of neighborhood change. Nicely done!

and then they park cars between the trees apparently. Shade for the cars in the summer, but still no moving traffic (well, moving at parking speed) close to bikes. SWEET!

Amazing! Did the neighborhood consent to such a project? Can only imagine all the whining that would unfold if residents were asked to put up with a project like this in middle America. Truly pedal pushers vs motor-heads. A different mindset all together. Fantastic!

Very nice. Do those pavers allow water to infiltrate?

I think the part I like best is the more mature tree, and the smile on your face. See you soon. Seems like so many friends of trees planted will take a long time to offer shade and a safe place for animals.

Comments on this blog entry are now closed to non-Travellerspoint members. You can still leave a comment if you are a member of Travellerspoint.

If you aren't a member of Travellerspoint yet, you can join for free.